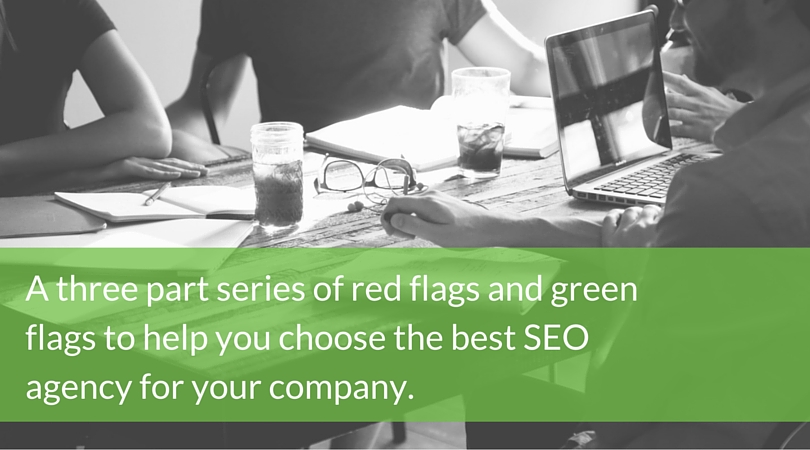 Act IV, Scene II: Blackheath. “The first thing we do,” says the rebel Cade’s sidekick, “is kill all the lawyers.” Now whether that line of Henry VI Part II means that these lawyers are the protectors of justice or are busy corrupting it depends on your reading of Shakespeare (and maybe your fealty in the War of the Roses), but it always gets a laugh with modern audiences – because practicing law is simultaneously a very respected and very dubious profession. So, too, is the story of SEO.

SEO’s have garnered a bad reputation and it isn’t entirely undeserved.  “Black Hat SEO” exists because manipulating levers on an extremely large and complex machine can get short term results. (And then long term terrible penalties.) There have always been the “White Hat SEOs” or, as I like to call them, “reasonable people”, who do the right thing and warn people away from the bad stuff. But for people outside the industry, it can be hard to tell the right way from the wrong way.

Especially because so much of the right way is intuition. Search engines are very clear about absolutely terrible things – like, don’t hide a thousand keywords on a page from users in hopes crawlers will read it and rank you. They also provide some “must do” items: add a clear title tag and provide alt text for images, for example. But due to manipulation concerns, they don’t want to give every ranking factor away; then it’d be easier to manipulate results and Google wants to provide a good result to users – not a good result for whoever is paying scammers the most. That’s where SEO becomes an art and a science: digging through announcements and experience and current performance to pick the best idea for your campaign.

Google recently released their 2015 Webspam Report and it’s definitely worth your read. The two biggest challenges of last year were hacked content – increasing a shocking 180% from 2014 – and thin, shallow content that added no value. Those are both Black Hat SEO tactics. As Google has also recently updated their official Webmasters Guidelines, we thought it’d be a great time to revisit what to watch out for and what to look for in an SEO agency in 2016.

How to recognize a safe SEO agency

In 2015 Google received more than 400,000 spam reports from users worldwide. Keep in mind, this is after Google has already weeded out tons of poor results on their own, whether due to hacked websites or shallow content. More than 4.3 million messages were sent to webmasters warning site owners of a manual action – an official smackdown that you’ve inadvertently or purposefully created such a bad user experience that your site is going to be either pushed down ranks or removed from search results entirely.

Having your website removed from search results entirely is a pretty horrifying idea to contemplate when you consider how much research and purchasing is done online. That is too big a risk to gamble on, even for promises of great results. So how can you trust the agency you’re talking to isn’t leading you to this terrible future? This will be Today’s topic: Campaign Promises.

How to recognize a bad SEO agency: They make sweeping promises

Big buy the sky, own the moon promises are a huge red flag. Don’t get me wrong: we want to be able to guarantee great things. Who wouldn’t? And it’s reasonable for your prospective agency to voice opportunity for serious improvement, especially if they’ve identified any glaring errors in your current program. For example, I had a client once that lacked schema markup, most title tags, all alt text, and every single meta description was a duplicate. Oh and their mobile site hadn’t been updated since 2007. (2007! That’s, like, a billion years ago.) It would not be difficult to get them some Year Over Year organic traffic and keyword ranking improvements.

But what I did not do was tell them that I could get them a specific amount of new organic traffic, or that I would put all their keywords at first place first page #1. And that’s because I can’t honestly guarantee such a thing. SEO improvement depends on a lot of interwoven factors, like how fast changes are implemented, domain history, site speed, user experience, and conversion performance. Let me be very clear: No one can guarantee perfect keyword ranking or astronomical site improvement. We can only do our best. So if someone is promising to have 200 keywords rank #1 or to get you more than 5,000% YOY organic growth, what does that mean?

What to look for in a good SEO agency: They’ve done their homework.

The agency should approach you with a solid holepunch – not an entire audit, as those are serious cost and time investments, but a solid idea of where you stand now and how they could help you improve. That illustrates two things. One, they care about you. These aren’t fly-by-night spam emails, these are human beings who have taken time to start working for you before you’ve even heard their name. Two, they have a roadmap. Internet marketing is a complex ecosystem and you don’t want an out-of-the-box solution. You want a solution that fits your needs and your budget. In this discovery period, you and the agency can work with your historical knowledge and their observations to create a detailed plan of attack.

While they aren’t going to provide specific outcomes, they are going to provide specific plans. A good SEO agency knows what month one and month six looks like. They have a general range of estimated improvement – like case studies that show, for your vertical, they usually see 30-50% organic growth year over year and upwards of 120% for a company that had run X, Y, and Z campaigns with them.

This means that at the beginning of your agency relationship, you know:

That’s a strong start. A bad SEO agency is not going to provide that. They’ll promise some amorphous “tactics” to “rank you better” and nothing more – expect the bill, of course. A good SEO agency is your new partner. They’ll promise to work with you, do the best they can, and with some specific strategies earn you some real success.

So that’s part one: Now you know from the first call or email what to look for in an SEO agency.

Stop by next week for part two: Evaluating the potential relationship after a first meeting.