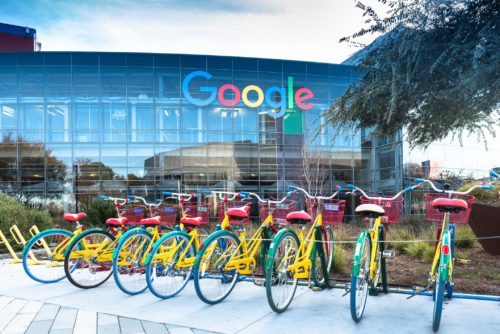 Last May, Google made an interesting user interface (UI) change to mobile search results. The change revolved around what’s called a favicon, or that little icon that shows up in a browser tab by the page title to visually indicate what website you’d be going to. Chances are, you probably didn’t notice, or if you did, it wasn’t a big deal; fewer individual results appear on a mobile device’s screen real estate.

However, on January 13, Google decided to make the change for desktop searches, as well. Google said that they implemented the idea to put “a site’s brand front & center, helping searchers better understand where information is coming from, more easily scan results, and decide what to explore.”

Unfortunately for Google, it wasn’t well-received. Not even a little bit. The Verge published an article titled “It’s not just you: Google added annoying icons to search on desktop,” which pretty much says it all.

Google reversed the rollback on January 24, a mere 11 days later, after overwhelming negative feedback. Unfortunately for Google, the feedback wasn’t just about an ugly and cluttered SERP. It was that, for those 11 days, paid ads looked practically identical to organic results.

This may not seem like a big deal, but Google’s flip-flop highlights some existential digital marketing questions. To what extent does Google owe its customers transparency in search results? Just how many paid ads can Google display before its product suffers? And can users always trust Google’s results?

The Differences Between Ads and Organic Results

Google introduced the Google Adwords program in October 2000 and has been, arguably, the main driving factor for Google’s extreme growth. By building an open-ended revenue stream into a product that billions of people use every day, Google smartly allowed its core product to become immensely profitable. Through Google Adwords—now Google Ads—businesses and organizations could bid to have their website appear in the SERP for their desired keywords.

However, these paid ads stood in stark contrast to the organic results that made Google so popular in the first place. Ultimately, the salient feature of ads is to generate direct revenue. Ads in a SERP appear because someone paid for them to be there. This is in direct contrast with organic results, which appear based solely on relevance (as determined by Google’s algorithm, of course).

This is not to say that paid results can’t be relevant; merely, it’s to say that relevance isn’t the core factor, which makes ads incongruent with the rest of the SERP no matter how relevant they are. This is especially true given dynamic ad copy, which changes based on the keywords used but notably does not change the content of the page itself.

It is, therefore, extremely important that Google designates which of its results are ads and which are not, not only because disclosing advertising is the right thing to do, but because ads and organic results are different types of results.

What Happens When Ads Aren’t Distinguishable?

This is just one example of a potentially negative consequence from making ads not as distinguishable from organic results, but for anybody who has tried to buy tickets to a show before, you’ll understand.

The Kauffman Center for the Performing Arts is a world-class performing venue right here in downtown Kansas City. It is home to hundreds of concerts and events a year, ranging from pop music to jazz to musicals to classical music and more. The Kauffman Center is also a nonprofit and doesn’t often run ads on Google.

Let’s say you’re looking to buy a loved one some tickets. You’re not sure what’s available, so you enter in a generic search into Google like “kauffman center tickets.” You’ll get a search result like the following: 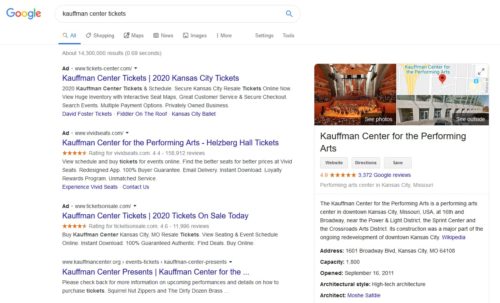 Google needs to clearly delineate what the ads are in this case, though, because of ticket scalping. Ticket scalping is the process of buying tickets at face value directly through the original seller and re-selling them at a higher rate. Those three ads are all from ticket scalpers; they are third party vendors that don’t have original seating inventory. That’s why they are all presenting themselves as the Kauffman Center: they want you to click on them instead. And while most ticket scalpers are selling legitimate tickets, and while some third party vendors do sell tickets at under face value, it’s extremely important in the ticket buying experience to be able to tell the difference between a reseller and the original vendor.

Now, the ‘Ad’ designation can’t help people know about ticket scalping if they don’t already know about it. But a strong ad designation helps users of all types to understand what results are what. And Google’s short-lived new favicon format did the opposite of communicating ads versus organic results better; a study by Search Engine Land found that fewer people correctly identified ads within SERPs in the favicon format than they did in the traditional format.

Google is Doing a Balancing Act

Ads aren’t inherently a good or a bad thing. They exist as a revenue stream to Google, yes, but they allow businesses and organizations a way to directly connect to the users that need their goods or services. They’re a tool that can be used in both good and bad ways.

One of Google’s core challenges is the balancing act they have to constantly perform regarding ads and organic searches. It is an unenviable job—Google touches so many products and industries that it’s easier to say what they don’t affect than what they do—but it’s an important job nonetheless.

Why Are Ads Important for Google Anyway?

The reason why it’s such an important balancing act is that Google is financially incentivized to show as many ads as possible. Google Ads and related services now account for 86% of Google’s revenue. They aren’t just one way Google makes money; they are the company’s primary revenue stream.

In the past decade plus, Google has made UI changes to maximize the impact of those Ads. Initially, Google ads were highlighted with a shade of light blue, making them unmistakably different from organic results. Over time, the visual distinction between ads and organic results has gotten smaller and smaller, as Search Engine Land shows. 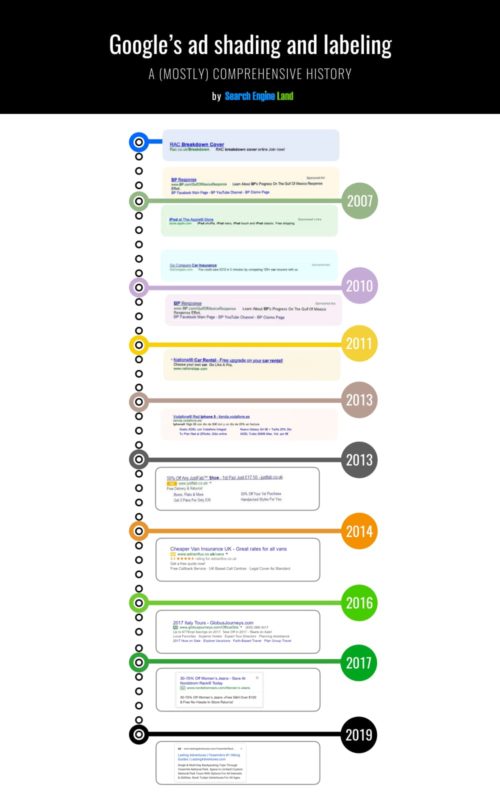 The latest update made ads as indistinguishable from organic results as they’ve ever been. With no highlighting and the only visual designation being a slightly different favicon than every other search result, it’s easier than ever to accidentally click on an ad if you’re not looking for one or to not even realize there was an ad in the first place.

But while Google makes its money off ads, organic results remain important. A search engine that doesn’t search and display relevant websites isn’t a search engine, after all, but a fancy billboard. So, while Google is financially incentivized to display more ads, it’s in their best interest to offer a mix of ads and organic results that satisfy user inquiries. That’s why Google changed their tune regarding the favicon update. But if trends continue, Google will continue to look to move ads as close as possible to organic results without tipping the balance as is possible.

Get Peace of Mind With Organic and Paid Search

Google has changed a lot over the years. And while we don’t know what Google is likely to do(no one predicted that Google would reverse a sizable UI change in their core product after less than two weeks)we do know that one of the only constants with Google is change.

At Go Local Interactive, we’re a Google Premier Partner with experience navigating the undulating waters of both organic search and paid search. Our teams keep abreast of every change Google makes to best inform our clients of what they need to do to succeed in digital marketing. If you’re uneasy with keeping current with Google’s changes and what it means for your business, don’t fret. Contact us today and we will work with you to help.