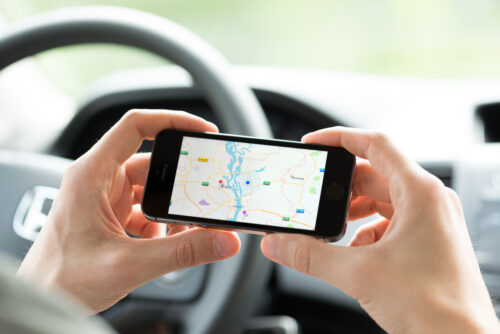 When Apple released the iOS 14.5 update in mid-April, it made news headlines and social media chatter with its new privacy policies regarding cross-app tracking. These discussions dominated the news—leaving another portion of the update, one which could greatly affect the local search landscape, out of the story. Apple Maps rolled out its first in-app rating and photo review features, a big step for the application that relied on third-party sources for so long. With this update, Apple Maps hints at a more independent future with improved review reliability and greater accuracy for in-app ratings.

How does the new reviewing system work?

Until now, Apple Maps has been entirely reliant on third-party sources, such as Yelp, for listing information such as reviews, ratings, and photos. But now, the app is allowing users to give either a thumbs up or thumbs down rating to places they’ve been to and to add their own photos within the app. One of the key selling points for this new rating system, as limited as it is, is that it’s based on location and direction use. Apple Maps ratings are, thus far, only becoming an option for users that can verify they have been to a location (such as using directions to get there). There are several flaws in this proposed system: users may have location services off, or they may visit a place but still not have the ability to rate it.

Could this lessen the prevalence of fake reviews?

Local search and listings management is made more challenging as we navigate illegitimate or spammy reviews and the notorious difficulty of getting them removed from your listings, especially on Google My Business. So, is the Apple Maps approach to geo-tracking and allowing reviews on that basis the key to reducing future spam or fake reviews? As these features become more popular, there is hope that it could impact how reviews for listings will be sourced in the future if it takes hold.

What are the short and long-term effects?

For now, the new reviewing features are barely out of beta, so there may not be much immediate change. But, could this be a signal of Apple’s long-term strategy? Are they attempting to move away from their current dependence on third-party review sites? As it progresses, there’s hope that with these new updates, Apple will continue to expand its review capabilities closer to that of its competitor, Google Maps.

What does this mean for your Apple Maps listings?

If you’re a restaurant owner, it might not mean much, as Yelp is still popular with many restaurant-goers. But if your business listings are in a category that typically sees fewer Yelp interactions, such as Finance, it may mean greater listings opportunities. The number of iPhone users that utilize Apple Maps and have access to these features could outnumber those who view listings and leave reviews on Yelp, which may lead to the new system more accurately portraying the local sentiment regarding your business listings.

But, at this point, Apple Maps still remains heavily dependent on sites like Yelp for their reviews, ratings, and photos. However, if these new rating features take off among users, it could signal a future where Apple Maps no longer features third-party information and instead supplies more accurate data from its own users.

The new Apple Maps updates present questions about what it means for the future of Apple Maps listings, and they have the potential to shift the user and business experience in the coming years. But, while there is hope for a shift away from Apple Map’s third-party dependence, these features are still in their infancy. At this time, there may be a minimal immediate impact. Only time will tell if it catches on among users, which is what’s needed to truly alter how Apple Maps functions as a local listing platform.

At Go Local Interactive, our local listings experts will continue to keep an eye on the rating features as they evolve and take hold. We’re committed to providing the best advice and staying abreast of all the local listings news and updates. For more information about managing your business listings, or for any queries, contact us today.