A famous thought experiment called The Ship of Theseus gives us this scenario: over time, a battle-worn ship has all of its planks either replaced, repaired, or enhanced. Eventually, nothing of the originally-built version of the ship remains on the current version of the ship. We’re meant to ask the question: is the ship, after all this repair, still the same ship?

There are many ways to approach this question (which is why The Ship of Theseus is such an enduring thought experiment). But I’d like to approach the question from the perspective of leadership and how leadership helps to define the ship–or, in our case, an organization/group of people/company. But more importantly, how can all members of an organization, not just managers, participate in the leadership that helps define the ship.

Values are the Blueprints of the Ship

A leader’s primary responsibilities are to:

“Values” can be a mysterious, hard to define term. Entire books have been written on the topic and still, it can be hard to understand what values are and why values are important. Shouldn’t a company exist just to make money? Isn’t making money the goal? Why do we need values?

According to Simon Sinek, “people don’t buy what you do; people buy why you do it.” That “why you do it” is closely aligned with an organization’s goals. The Ship of Theseus thought experiment helps us understand how values shape the “Why” that our customers and employees need.

A Shipload of Leaders

While most of you probably don’t have experience building an ancient Greek war vessel, I’m certain all of you have experienced a leadership vacuum, or less grandly stated, a time when you felt like values weren’t being recognized and exemplified.

Have you ever felt pangs of disappointment after watching the most recent movie in a series you love? Have you ever been hesitant to replace the kitchen table/lamp/chair that’s been passed down in your family for generations? Have you ever felt blindsided by a decision from your employer that you didn’t understand?

We often credit our gut with those pangs, that hesitancy, or that feeling of being blindsided. But our gut doesn’t deserve the credit. There’s a leader inside of you who deserves the credit.

So, back to my earlier questions. Have you ever felt pangs of disappointment after watching the most recent movie in a series you love? If so, that’s because you recognize the most recent movie lacks the “Why” you’ve come to love about the series. Something is missing. Whoever was responsible for maintaining that franchise (ie, maintaining the ship) used the wrong actors/story/style/etc. (ie, planks).

Have you ever been hesitant to replace the kitchen table that’s been passed down in your family for generations? If so, that’s because the object itself resonates with your family’s values. Superficially, you may think your hesitancy is due to simple notions of ownership and “keeping it in the family,” but ask yourself: why is it important to keep the table in your family? Consider that your family is an organization with a set of values. The leader inside you recognizes that to abandon the table is to abandon the values.

Have you ever felt blindsided by a decision from your employer that you didn’t understand? That’s because what you’ve come to know about the employer is being challenged. This is an opportunity for that leader inside of you to let loose. In this scenario, take time to speak with your manager about your feelings. Express why the decision seems so contrary to the company values as you understand them. Once you both understand each other’s perspective, take this opportunity to offer suggestions about how to prevent similar blindsides in the future. Not only does this help you understand, but it also helps your manager understand where communication may be failing.

How Else Can Non-Managers Lead?

How? Some companies are cool enough to display their values on the wall. 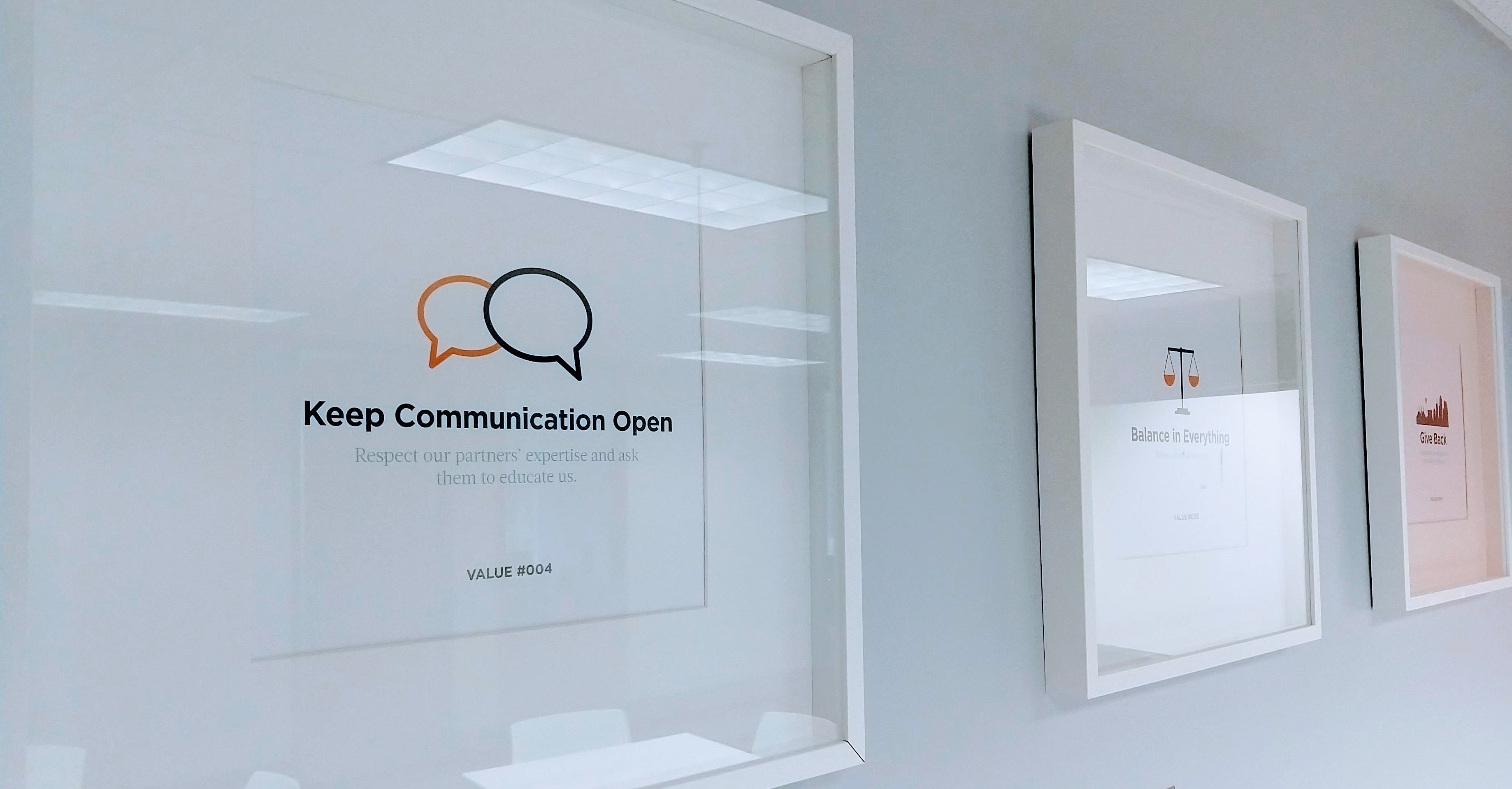 But if you aren’t part of such a cool company, refer to your employee handbook or ask your manager.

2. Call attention to examples where company’s values are compromised

Often, people don’t mean to act contrary to the organization’s values. Among so much day-to-day work and the natural stress of managing so many tasks, values can simply be overlooked.

It’s okay to let a co-worker or a manager know when they aren’t acting in line with the company values. Jonathan Raymond calls this small step the “Mention,” and while he discusses it in terms of a manager to her direct report, the concept works among co-workers and even from the direct report to the manager (it does as long as your company values providing feedback. That’s “Always Growing” in Go Local terms).

3. Broadcast your own achievements

In a true meritocracy, a person’s good deeds get rewarded. But sometimes, good deeds can go unnoticed. Make no assumptions about whether or not your accomplishments are getting the attention of your manager. Let your manager know when you’ve done good things. Let your manager know when you’ve acted according to your company’s goals. This not only reveals your good work to your manager, but it gives you the opportunity to make sure you align with your manager on what your company goals mean. Maybe Always Growing means something different to my direct reports than it does to me. Have a conversation about your company’s goals. The more you know, the better an architect your can become.